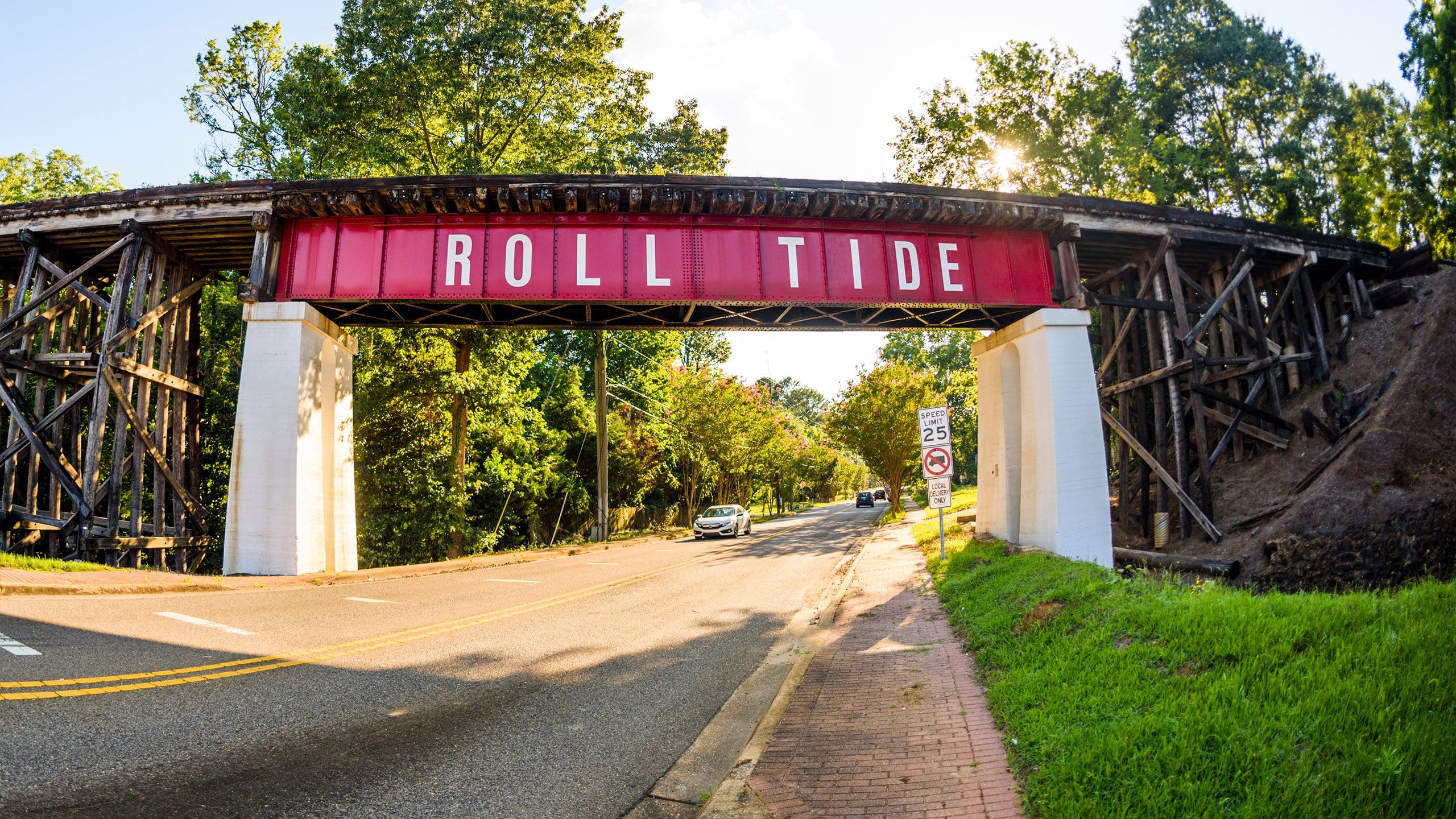 So much more than a college town. This is Tuscaloosa. This is home. 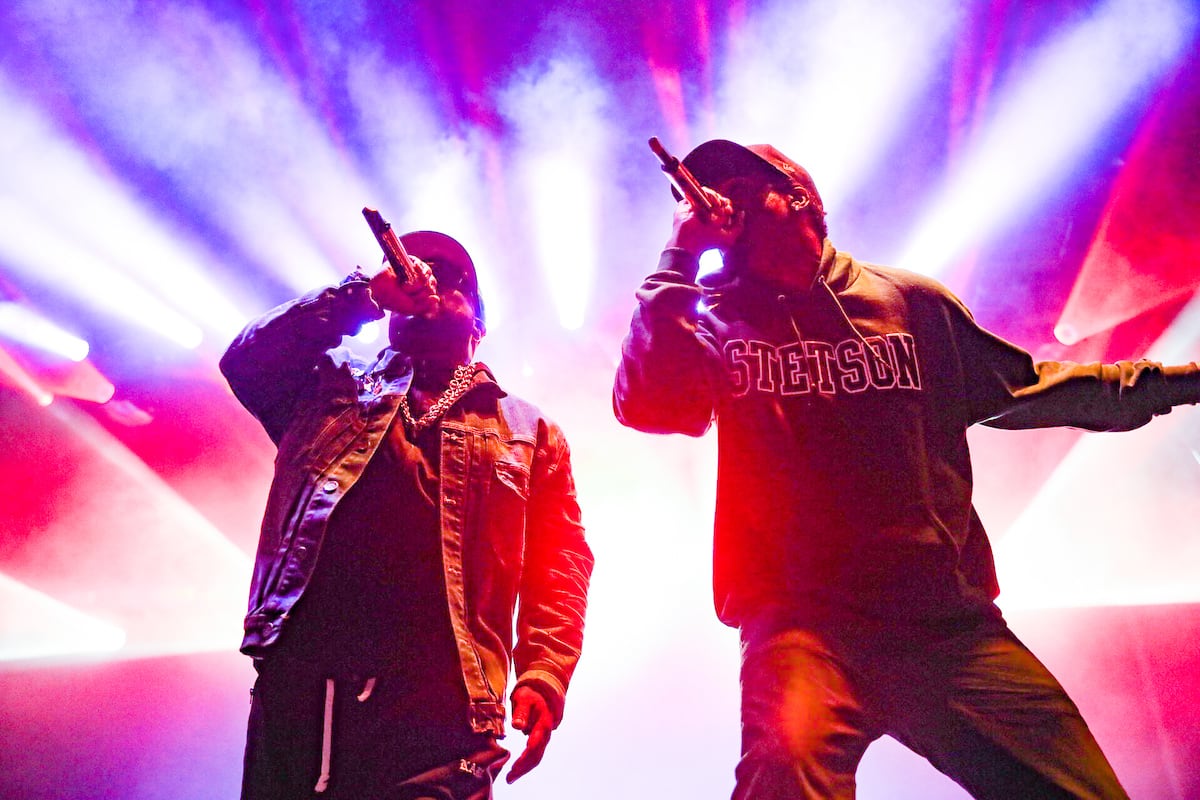 The Dinah Washington Cultural Arts Center pays homage to our native jazz queen while housing an art gallery that hosts local artists and national shows. From there, the music thrums in Government Plaza or rises from the Black Warrior riverbanks at the Tuscaloosa Amphitheater, setting the rhythm of the city through the warm summer evenings. Local shops and restaurants cater to our thriving young professional population, setting new standards for the South.

A city of about 100,000 people, Tuscaloosa rises to the occasion on fall Saturdays when the population more than doubles to champion the Crimson Tide at Bryant-Denny Stadium. The city lies about an hour southwest of Birmingham, situated along the banks of the Black Warrior River in west-central Alabama. It’s within a few hours’ drive of Gulf Coast beaches and the major cities of Nashville, New Orleans, Memphis and Atlanta, making it a great base for growing better acquainted with the South’s finest offerings. 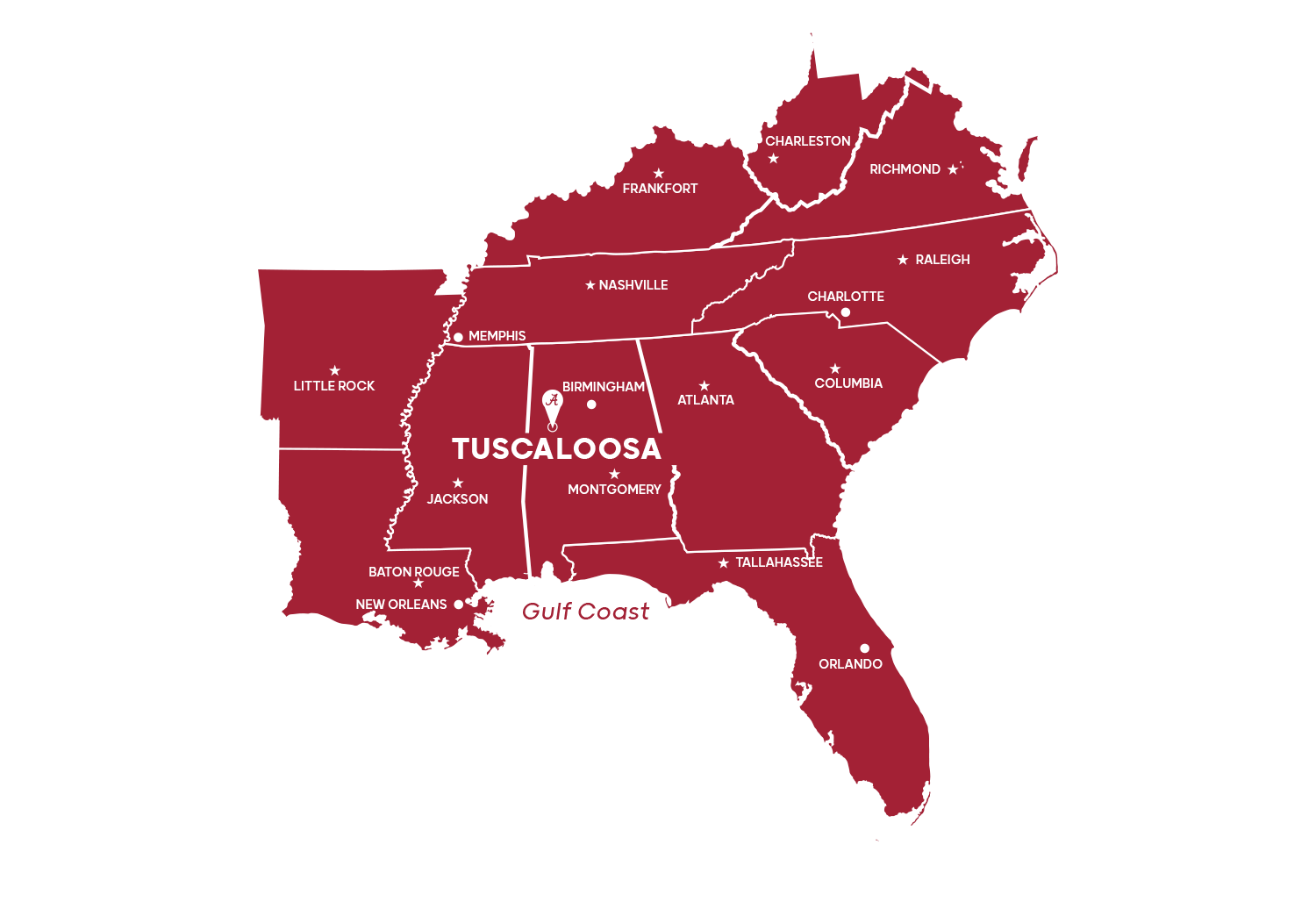 When it’s time to unwind from the hustle of the day, Tuscaloosa provides UA students the spaces to relax, explore and have fun. The area offers a wide range of outdoor spaces highlighting Alabama’s natural beauty. Anglers, climbers, hikers and beach-goers will find themselves at some of the world’s premier venues for their interests and hobbies within a short drive. UA students are also very active in the thriving local sports scene.