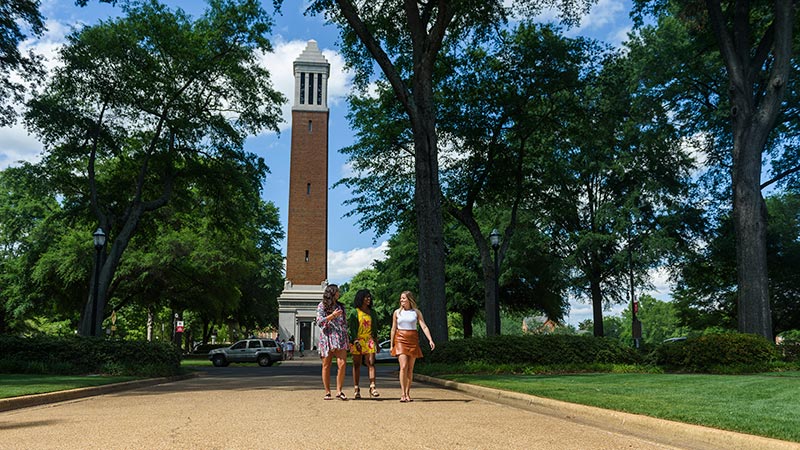 At 38,103 students, UA’s enrollment surpassed 38,000 for the third consecutive year, boosted by a 10% in-state increase. In addition, 40% graduated in the top 10% of their high school graduating class (a UA record); 38% have a high school grade-point average of 4.0 or higher, with the average grade-point average being 3.77 (both are UA records); and approximately 40% have an ACT score of 30 or more for the third consecutive year.

Twenty-nine current UA faculty have received NSF CAREER Awards, the nation’s most prestigious recognition of top-performing young scientists, in disciplines ranging from nanoscience and engineering to biological sciences. And 52 UA faculty researchers are in the National Academy of Inventors.

U.S. News and World Report ranks The University of Alabama’s Manderson Graduate School of Business No. 19 among public universities and its Online Business Master’s programs 10th in the nation. The rankings are based on level of accreditation, faculty credentials, admissions selectivity, reputation for excellence among peer institutions and academic and career support services offered to students.

UA's Culverhouse School of Accountancy's undergraduate program ranks 11th overall in 2019, 10th overall for a program with a faculty size at more than 24 and 3rd in the South, according to Public Accounting Report. UA’s master’s programs are ranked 10th overall, 8th in schools with more than 24 faculty and 2nd in the South. UA’s doctoral program is ranked 9th overall.

U.S. News and World Report ranks The University of Alabama's School of Law No. 12 among public universities.

PRWeek Magazine has recognized the public relations program in The University of Alabama’s College of Communication and Information Sciences as one of the top five programs in the nation eight times. PRWeek also named UA senior Alana Doyle its Public Relations Student of the Year for 2019. She is UA’s second consecutive Student of the Year winner.

Estimated cost for a full-time undergraduate student for the 2019-20 academic year:

The table above shows in-state and out-of-state tuition and fees for the 2018-19 academic year. These amounts reflect the estimated costs for a full-time dependent undergraduate student. For additional information, visit studentaccounts.ua.edu.

Of the 38,103 undergraduate, professional and graduate students enrolled at UA in the fall semester of 2019,

A summary of enrollment by race and ethnicity is available from the Office of Institutional Research and Assessment.